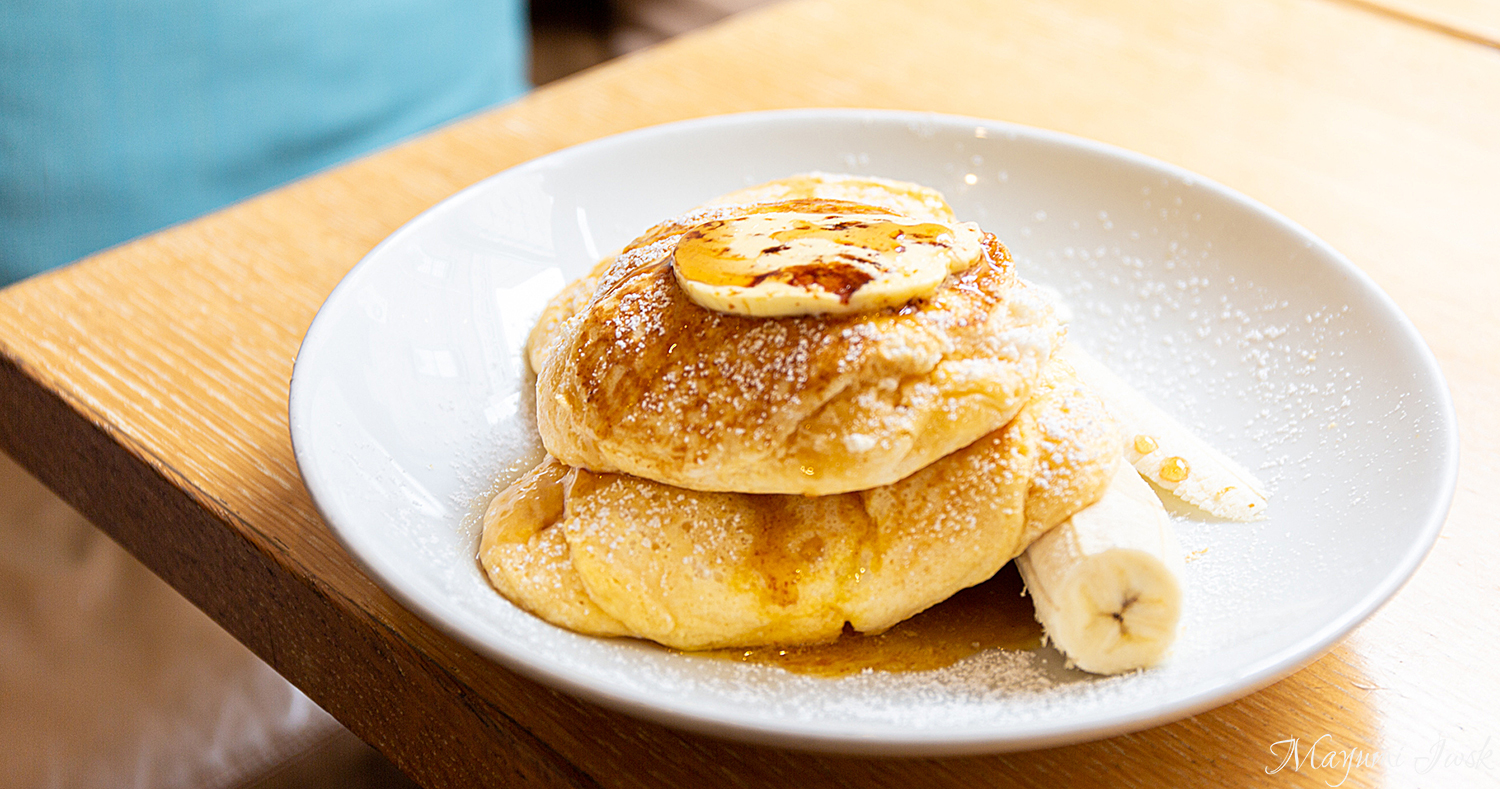 Bills Darlinghurst | Famous for the “ Best Breakfast in the World”

Bills restaurant, based in Sydney, is known for serving the “Best Breakfast in the World” and is also popular as one of the inspirations for the pancake boom in Japan, especially for Tokyoites. Everyone is crazy for pancakes, and there’s always a long queue outside the restaurant every day. Now I’ll introduce Bills, where a number of celebrities from around the world try to have an awesome breakfast when they come to Sydney.

Bills, which has a reputation for silky scrambled eggs and fluffy ricotta hotcakes, was opened in the Sydney suburb of Darlinghurst in 1993 by famous chef and restaurateur Bill Granger.

This cafe is a very popular breakfast location in Sydney, and it has always without fail been ranked as having the “Best Pancakes in Sydney” in food magazines and on lifestyle websites.

Three years after opening the store in Darlinghurst, Granger opened the Surry Hills and Bondi stores, and then the first international location opened in Shichirigahama (Japan) in 2008. There are currently 17 stores throughout the world including in London, Hawaii, and South Korea, and there are also 8 stores in Japan.

Bills is very popular in Japan. Recently Tokyoites are wild about pancakes, and they don’t mind making long queues for them. After going to Bills in the red brick warehouse building in Yokohama and in Honolulu, Hawaii, I knew I had to hit up the establishment in Sydney. It is sometimes referred to as a must-see and is listed first in the tourist guidebooks, so despite living in Sydney, I was hesitant to go there because I knew it would be crowded. This time, my mom came to visit from Japan, so I went there as part of a sightseeing tour.

Between Kings Cross and Surry Hills, Darlinghurst is a cultural centre where unique restaurants, boutiques, galleries and art schools are gathered together. Bills’ flagship location was on a quiet side street off the main street.

a calm and cozy

The location is an old grey building at the intersection of Liverpool Street and West Street and has a calm atmosphere. If you take a closer look, you will see the letters “bills” in the window. Unlike Bills in Japan, it can’t be recognized at first glance.

The building itself is old and doesn’t have wide and open space. Small windows throughout allow the restaurant to overflow with soft light and create a comfortable and cozy mood. Bright wood materials are used for interior decoration and furniture, which is as comfortable as if you’ve come to a friend’s small house.

My impression was that the interior of the store was created to match the location and the major elements of the interior had not changed since the store opened more than 20 years ago. Actually, it underwent an art-filled renovation last year.

By the way, the Japanese owner/chef Kentarou of Oratnek was the previous head chef of this cafe.

“THE BEST BREAKFAST IN THE WORLD”

First, I got the usual soy flat white, and it was quite nice.

When you think of Bills, these are as popular as the regular ricotta hotcakes. The fluffy, ricotta cheese pancakes are accompanied by honeycomb butter and banana. They didn’t seem any fluffier than what I ate before in Hawaii, but I felt that they were slightly thick and a bit heavy. I’m not sure whether that was because of that day’s chef or whether there’s a little difference in the recipes between Australia and Hawaii.

Boiled buckwheat is served similarly to rice, with vegetables, nuts, and poached egg mixed together like a salad bowl. Spicy harissa on the poached egg lends a little bit of kick. I would never have come up with the idea of eating buckwheat like a rice bowl, so it was a new discovery for me.

Next, I chose this porridge. It was called “miso-flavoured brown rice porridge,” but in fact, it was a sweet Western-style porridge with a coconut flavour. The combination of creamy coconut yoghurt with juicy ripe mango is exquisite, and it was quite delicious. After that, I’d had all I could eat.

Although there is no mention of gluten-free or vegan items on the menu, you can request them from your waiter if you are allergic to any food items or have any dietary restrictions. I was told that it’s also possible to change the bread used for sandwiches to gluten-free.

I had heard that customers waiting for breakfast line up on the weekends, but I think we went there at the perfect time: we didn’t have to wait for a table at all because it was lunchtime on a weekday.

There was a constant stream of customers, such as local families, older people, and post-run couples stopping in for brunch, and the atmosphere was lively. Since I was able to enjoy my meal in this cozy and relaxing space built on Mr. Bill Granger’s concept, why don’t you try visiting there for a weekday brunch, too?

Friday Night Out 🍻 Happy Friday and have a grea

A once-in-a-decade cold snap hit across Japan. You

Good coffee takes time to roast, just like a fine

This gloomy weather in Tokyo makes me so tired and